Durell Barnes
Durell is a freelance educational consultant. He spent over ten years as deputy director and head of communications at the Independent Schools Inspectorate after a career as head of department and deputy head in ISC schools. He now works primarily with RSAcademics and Alder Communications, and with schools on inspection-readiness and safeguarding, and is a longstanding school governor. 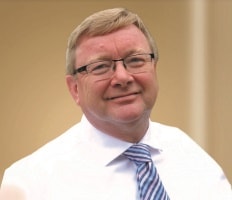 Matthew Burgess
Matthew led the Independent Schools Council until 2014, promoting the sector’s interests on matters as diverse as charitable status, Tier 4 and inspection standards. He was a partner in VWV’s independent schools’ practice until 2018, when he founded his own consultancy, Intelligent Counsel. He is a former governor and has been a solicitor for more than 25 years. He is now focused on home educating his three children. 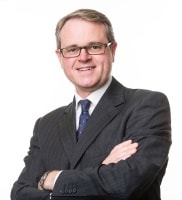 Angela Culley
Angela retired from headship in August 2017 having been a proprietorial head for 30 years. She launched The Mead in 1987 to fill a specific niche and need in her home town of Tunbridge Wells. She was chair of ISA in 2013, having been area co-ordinator for 15 years. Since retirement, she has been elected vice-president of the association. She is a team inspector for ISI and sits on ISA's inspection committee. She is also a foundation governor.

Jenny Dwyer
Jenny has worked in boarding schools for the last thirty years. She began her career at Benenden, teaching maths and running a boarding house. She moved to Queen Anne's in Caversham as pastoral deputy and then became head of Prior's Field School. She spent the last twelve years as head of Sherborne Girls. She has been on the governing body of a number of independent prep and senior schools as well as a local MAT, and is a team inspector for ISI.

David Hanson (chair of the panel)
David has been a director and CEO of various companies and charities, including IAPS, the private schools group. He has provided consultancy in Europe, Asia, Africa, the Middle East and the US and was a founding member of the Leamington Business Forum. He also founded the iTrust education charity for children in need.

Stuart Hay
Stuart is the managing director of the educational consultancy company Hay Education. He is also a director of the Welsh Independent Schools Council, a school governor and sits on the ISC SEND Expert Group. Formerly, he served as head of St David's College for nine years, was director of performance for a schools group and was a member of the Society of Heads Education Committee.

Dame Erica Pienaar DBE BA MBA FRSA
Dame Erica has worked as a governor in both the maintained and independent sectors. Her leadership experience includes being a head and executive head from 1998 to 2013 for the Leathersellers' Federation of Schools. She has contributed to the development of London schools through London Challenge and, through City Hall, to the development of the London Curriculum and the Mayor’s Gold Club. She is a non-executive director of Wey Education.

Paul Simpson
Paul has held senior management positions within the professional services sector and, more recently, in the independent schools sector. While at ISBA he advised schools on strategic, operational and training issues. He has established an extensive network with key and influential individuals within schools, educational bodies, professional firms and commercial organisations.

Dr Helen Wright
Helen is an international education specialist and a well-known school principal, having led schools in the UK (including St Mary’s Calne) and Australia for over 13 years. She is a former GSA president and vice-chair of ISC. She now focuses on recruiting and coaching school leaders, and has an active non-executive portfolio.